A project that takes as a starting point the bankruptcy and subsequent aftermath of the DeLorean car factory, which operated in Dunmurray, outside Belfast, from 1981-2.

Firstly, a series of photographs trace a path taken to seek out and find the location of the tooling once used to make the body of the car, essentially the formgivers that gave DeLorean its famous profile.

The tooling, consisting of large metal casts, was sold off and dispersed to scrapyards throughout Ireland in 1984. It was rumoured that some sections were purchased by fishermen to be reused as anchors. In 2009, they were located at the bottom of Galway Bay, where crabs and lobsters now live in the coral around the nooks and shapes that once pressed out stainless steel panels of the car’s exterior. 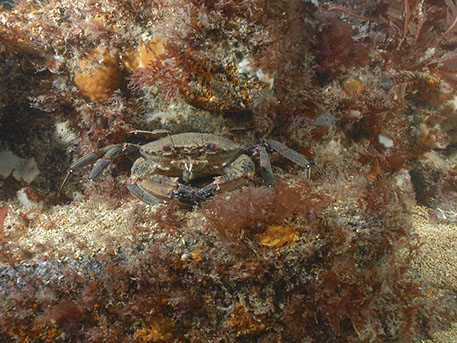 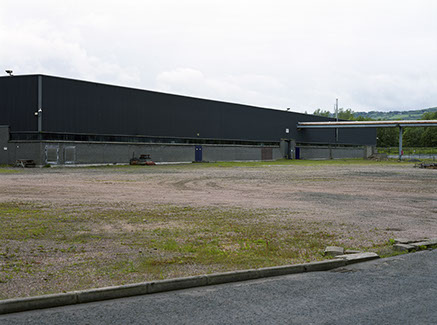 The Montupet factory, Dunmurry, Belfast. Former location of the DeLorean Motor Company and site of production of the DMC-12 model between 1981-2. 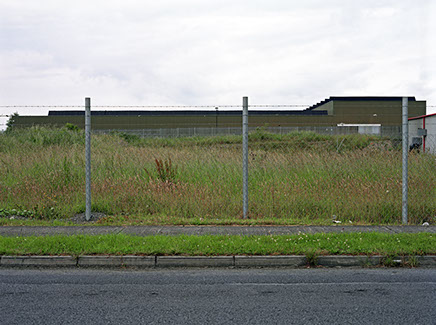 Former site of the Läpple factory, Carlow. Opened in 1974, the company fabricated body parts for cars, including stainless steel sections for the DMC-12’s body. Operations terminated here in 2007 due to high labour costs. 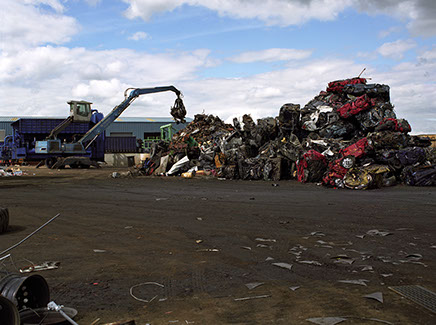 After bankruptcy of the DeLorean Motor Company, Läpple initiated the disposal of all tooling and body panels used in their contracted work. Material was dispersed to several scrap yards in 1984.

Since 1969, scrap metal has been processed onsite and primarily exported. Tooling and panels were most likely sent to Spain or Portugal to be recycled. 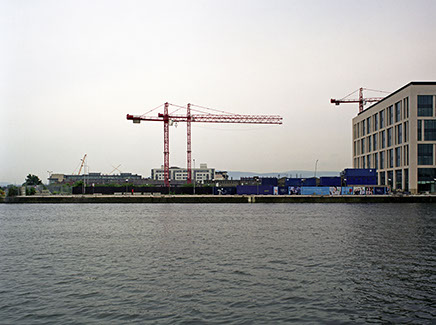 Former site of the Hammond Lane Metal Company, Dublin. A scrap yard functioned at Rogerson’s Quay between 1980-96, before the company relocated. Material from Läpple was exported to Sheffield and Kent to be melted down. 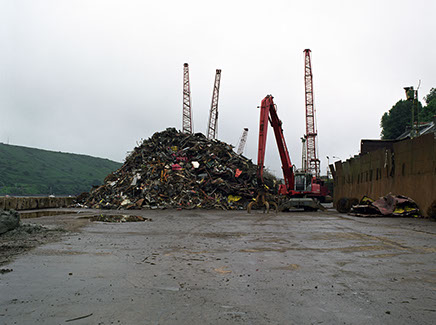 Established in 1935 at the Victoria Dry Dock, the company now exports non-ferrous metals and animal feed. The subsequent opening of the Severn Bridge made the boat’s route obsolete and it was later sold to fisherman in the west of Ireland. Sometime in 1984 the boat collected twelve pieces of DeLorean tooling, large metal sections used to stamp out the shape of the car, from Haulbowline Industries in Cork and transported them to Galway. Found wrecked and abandoned, committed preservationists returned the boat to Chepstow in 1999 where 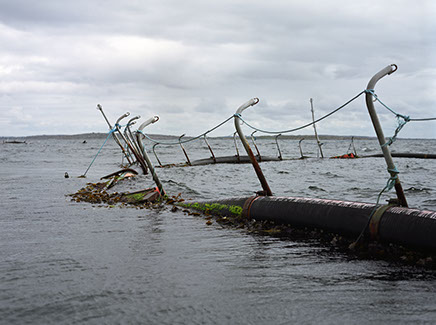 A commercial fish farm, located in Kilkieran Bay, Galway from 1984-2001. The company reused the heavy cast iron, attaching chains and sinking them into the seabed as anchors to hold in place a large fish cage on the surface. The farm is now abandoned. 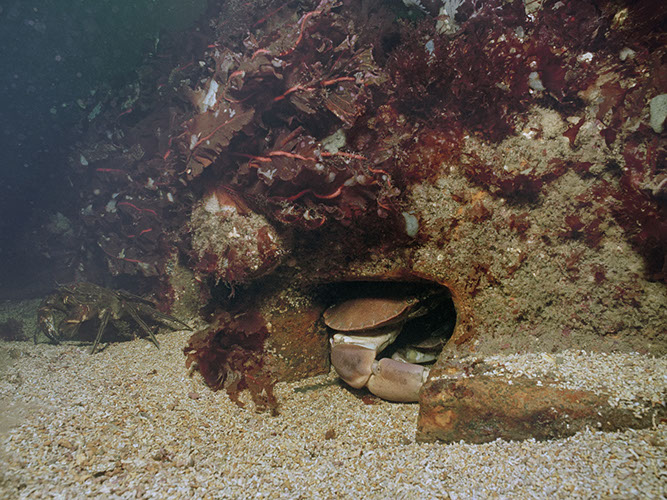 Of twelve tooling presses present, three remain visible above the surface of the seabed. Two can be found 18 metres below the water surface at 53.29938N & 9.76344W. Another is visible 22 metres below at 53.30130N & 9.76483W. The remainder have sunk down into soft mud. Gushes into the bay from the Atlantic Ocean have kept silt at a minimum, and an ecosystem has grown around, over and under the metal. Seaweed forms a kind of patina over its surface while several species of crabs and a lobster now reside in various casting cavities and hollow spaces of the tooling. 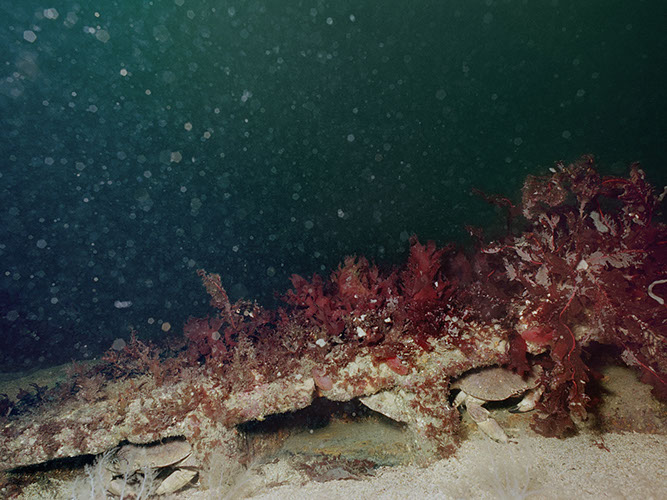 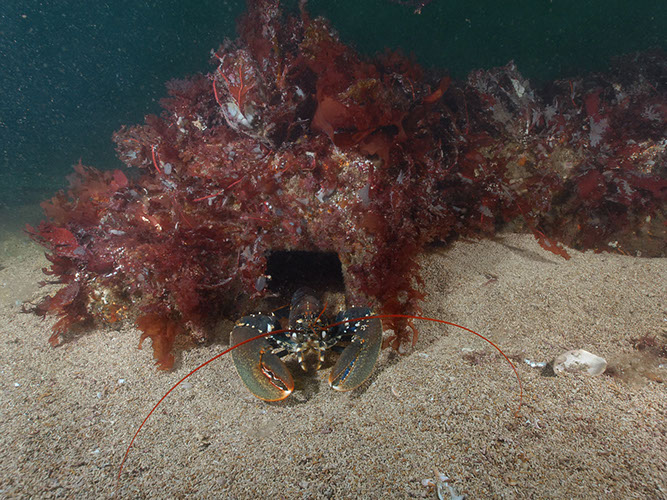