For The Birds is based upon the Irish myth of Buile Suibhne, or the Frenzy of Sweeney. Set in the year 637 in the midst of tensions between ancient Celtic traditions and the newly arrived Christian domination, Sweeney is cursed to be half-man, half-bird. From that point on, he leaps from place to place, naked, lonely and hungry. At every stop in his flight, he pauses to recite a poem describing the countryside and his unfortunate plight.

Eventually after years of wandering, Sweeney began to radiate towards a farm at St. Mullins in Carlow where, for the first time since being cursed, he found kindness and supper made for him each evening. There the cook Muirghil would sink her heel into the nearest cow-dung, shaping a bowl and filling it up to the brim with fresh milk. He would then sneak in from nearby trees and lap it up. In collaboration with sculptor Tom Fitzgerald, this scene is re-imagined in the context of Ireland’s contemporary agricultural industry. 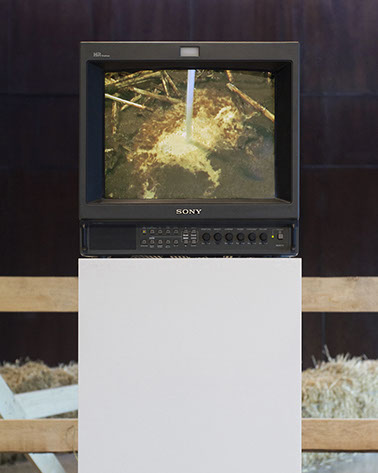 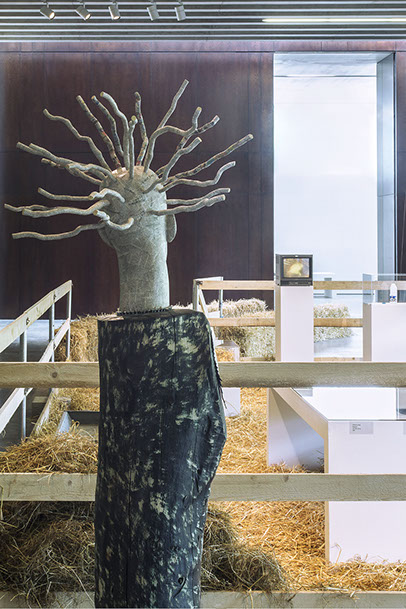