A Preliminary Sketch for the

The island of HyBrazil first appeared on sailing charts completed by cartographer Angelino Dulcert between 1325 and 1339. Based in Genoa, Dulcert asserted that HyBrazil could be found in the Atlantic Ocean, potentially viewed from the Irish coastline. It remained on maps and charts until 1853, under various pseudonyms such as Insula de Berzil, Illa de brasil, Ui Breasail, or Brazil. Many stories exist of encounters with the island.

A camera, loaded with a role of slide film, was positioned at cliffs on the Aran Islands. It focused to the southwest, on the horizon line of the Atlantic, the purported direction of the island. Each evening, at sunset, photographs were taken at moments where light and shadow suggested a mirage, or potential presence of a landmass.

An accompanying publication was later produced, detailing background research and further discussion around the project. Exhibitions in Galway, Edinburgh, Vancouver and Auckland have involved further research to find and exhibit any documents or artefacts found locally that refer to HyBrazil. 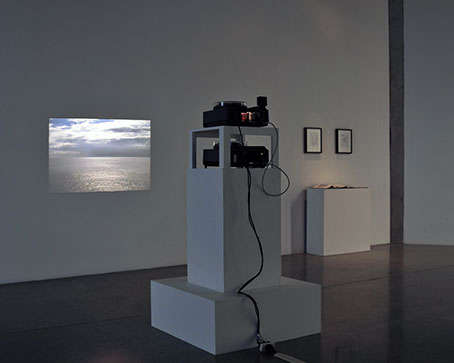 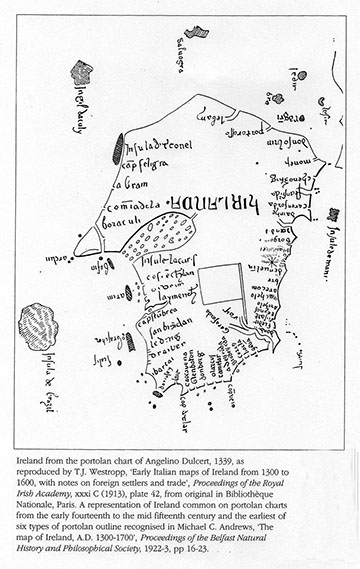 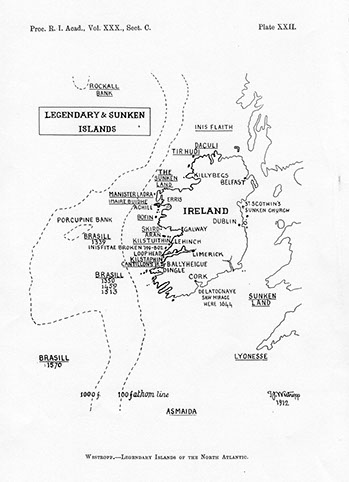