The Rise and Fall of Flint Jack

Flint Jack was a nineteenth-century vagabond and artisan from Yorkshire. He made and sold fake megalithic axe heads, and hoax ceramic and stone carving forgeries to fledging archaeological collections and museums of Victorian Britain. Stories about Flint Jack abound. He roamed from place to place for decades weighed down with his tools, lumps of flint stone and newest creations until a customer turned up. He has a background story for every encounter - an explanation of how he came into possession of a Roman burial urn, Stone Age axe or a mysteriously archaeological object, all motivating sales. He had many aliases, such as Jerry Taylor, Bag O’ Bones, Shirtless, and Prince of Counterfeiters. Museum curators circulated photographs of him, warning about his ways in case he came to knock on your door. On being asked, ‘did you take them in at The British Museum?’ he replied, ‘Why, of course I did! They have lots of my things, and good things they are too’.

The more people he fooled, the more his reputation changed. He was no longer thought of as a devil-may-care eccentric adventurer. Instead he was now thought of as a deliberate rogue. Driven by alcoholism, he spent his last money in a pub outside London and then broke into a school to steal a clock, with an intention to sell it on at another pub nearby. He was arrested and jailed. His eventual end is still a mystery.

An exhibition in Leeds featured loans from museums around Britain that still hold Flint Jack’s forgeries in their collections, alongside replicas of pieces he is reputed to have made, now lost in the sands of time. Located in the research library of the Henry Moore Institute, the presentation aimed to significantly consider and contextualise Flint Jack’s life and work within the idiom of historical and contemporary sculpture practice. An accompanying video and book expanded on Flint Jack’s methodologies, with in-depth research uncovering many of his notorious exploits, accompanied by a series of drawings by Jorge Satorre. 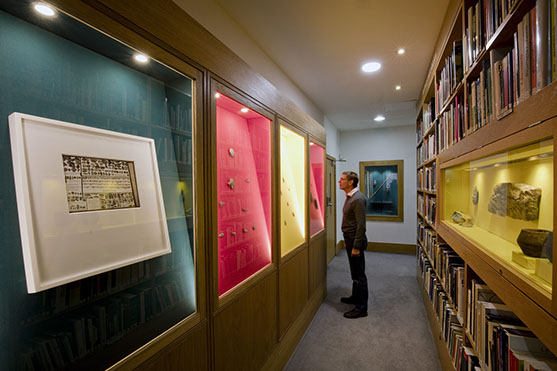